In recent years, with the rapid development of modern machinery industry, the performance requirements of processed workpieces have become higher and higher, and the application of high-efficiency and high-precision double-end grinding technology in the processing field has also been expanding. It has been widely used in air conditioners, automobiles, and Industries such as bearings, hydraulics, and magnetic materials are also expanding in application fields such as molds, tools, aerospace, and semiconductors, and related reports are also increasing.

There is still a certain gap in domestic research on double-face grinding compared with industrialized countries such as Europe, America and Japan, but certain results have been achieved in recent years. 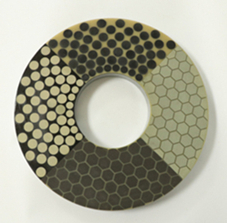 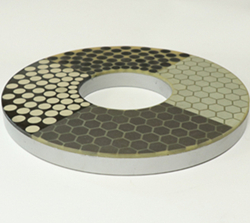 2. The characteristics and grinding mechanism of double disc grinding

Different from conventional grinding methods, double-face grinding relies on large-area contact between the workpiece and the grinding wheel to remove the workpiece material at a relatively low cutting speed. Compared with single-end grinding, when double-end grinding the end face of a workpiece, the machined surface is also a positioning surface, which can avoid the superposition of positioning errors and machining errors. After the workpiece is processed, a high degree of flatness and parallelism between the two planes can be obtained. In addition, the double-end face grinding greatly reduces the auxiliary time and maneuvering time by combining the processing steps of the two end faces of the workpiece into one work step. In addition, the use of automatic measurement and automatic loading and unloading devices can achieve full automation and grinding. High-efficiency production reduces labor intensity and saves costs. Compared with plane grinding, in the grinding process of double-end precision grinding, micro-slip, micro-plough, micro-cutting and micro-fatigue fracture of the material occur simultaneously, and the wear marks are uniformly crossed, which can ensure the accuracy of the workpiece. At the same time, it has achieved high removal rate, high degree of automation, low cost, and low environmental pollution. It has become the main finishing method for disk substrates, monocrystalline silicon wafers and other parts. However, in actual production applications, due to the surface contact between the grinding wheel and the workpiece during double-end grinding, the contact area is large, and the grinding wheel is prone to rapid passivation, clogging of pores and grinding burns, and the driving power of the machine tool is relatively high. , The noise is loud during grinding, which inhibits the application of double-end grinding technology to a certain extent.

The process of double-end grinding is a process in which abrasive particles squeeze, rub, plough and separate the surface of the workpiece. Due to the large grinding area, the whole process of double-end face grinding is accompanied by a large number of abrasive particles rubbing against the surface of the workpiece. The frictional resistance generated is very large, so the heat generated by the friction is also large, and the local high temperature is likely to be generated at the gathering place , Make the local metal structure on the surface of the workpiece anneal and shrink, forming a concave shape and surface grinding burns. Therefore, the choice of grinding wheel is very important. First of all, the hardness of the grinding wheel should be appropriate, not to wear too quickly, and at the same time, it must have strong self-sharpening properties to reduce the frictional resistance generated during grinding; secondly, the grinding wheel must have good chip removal performance, which can usually be introduced. The content and size of the pore-forming agent can increase the chip holding and chip removal space of the grinding wheel, and at the same time, a sufficient grinding fluid is needed to make it enter the grinding area in time for better cooling and lubrication. 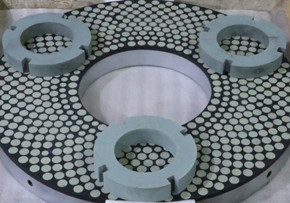